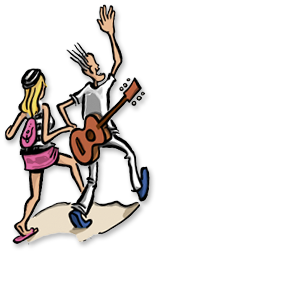 Press release : A one-man show as an antidote to extremism

A one-man show as an antidote to extremism

Whereas after Paris, the world is asking how to fight against extremism and terrorism, the comedian Alain Auderset replies in an original way to this question by a humoristic show, which breaks from religiosity but still has a profound respect for God. As astounding as this may seem, these two things have nothing to do one with the other!

The Swiss comedian’s show is entitled “A not-practising atheist”: He is interested in the beliefs of each of us on; the couple, life, religion or on atheism. These beliefs, rarely consistent and often strict, but so deliciously absurd are the origin of a series of intelligent and funny sketches playing on words, and full of genuine emotions. At this time when a multitude of atrocities are committed in the name of religion, but where God is rejected, Alain Auderset’s show is of a vital pertinence, allowing us to see things from another angle, and to not throw the baby out with the bathwater!

By an unfortunate coincidence, the comedian should have officially launched the DVD of his show by a performance in Paris on the 5th of December 2015, in the prodigious Wagram theatre, which was sold out! The enthusiasm of the public proves that in spite of the spirit of fear, and the rejection of God and religion that the attacks have provoked, people need to interrogate themselves and to dare to laugh in spite of all their apprehensions. In spite of the protestations of the comedian, who wanted to bring a little consolation to this town in mourning, the performance was cancelled by the organisers fearful for the safety of the audience of the show.

The adventure of the DVD

For more than five years now, the author has been on tour in many French speaking countries (Switzerland, France, Belgium and Quebec), and has had a real success. Constantly revised and corrected, his show has become a real gem and the comedian felt that it was time to “box it” by proposing to the public a DVD.version

The author in a few words:

Alain Auderset is a Swiss cartoon book artist and writer, he has three times won a prize at Angoulême (France), and has sold more than 110,000 copies. Having now become a comedian, we could believe that one of his characters has escaped from his drawing board to express himself on the “boards” of a theatre!

Another coincidence, Alain Auderset’s first cartoon book called, « Conventional Wisdom », which equally questions blind beliefs, came out on the 11th of September 2001, the date was chosen because there was nothing special going on that day (!!!). It makes you believe that Alain Auderset’s message is like Gandalf the Grey, he arrives precisely when we need him; that is, in a crisis situation!

This entry was posted in Media, Press. Bookmark the permalink.